90 guests attended the third Investors’ Meeting held on 13 September 2016 at AKA’s offices to find out more about the bank’s first-half figures and its future goals as well as to talk about blockchain, a topic currently attracting keen interest in the financial community.

After the reception and initial networking, the two Executive Directors Beate Bischoff and Marck Wengrzik welcomed the guests. In contrast to the previous year, they handed things straight over to Michael Schmid, the Chairman of the Supervisory Board, who provided an insight into the bank’s business model in an entertaining presentation. Mr Schmid said that he was very satisfied with the bank’s business performance over the last few months. After this, management went on to present the figures for the first half of the year.

In the first half of 2016, the key performance indicators continued to improve, justifying management’s confidence of being able to achieve its full-year targets. As of June 2016, new signings were valued at EUR 855 million, thus substantially exceeding the budget by EUR 104 million and also well up on previous year by EUR 120 million.

According to the forecast, gross profit and the cost-income ratio look set to remain stable at the end of 2016. AKA will continue to retain its profits and strive for a further increase in regulatory Tier 1 capital. The main challenge facing the bank’s treasury activities is to tap additional sources of USD funding in addition to widening existing possibilities. AKA sees the necessity of broadening the existing pillars of its funding operations by issuing EUR-denominated loan notes.

“We are making very intensive use of our role as a dialogue platform for participants in export and trade business to maintain a steady exchange with our partners on matters of current relevance such as the digital transformation.”

Following the presentation, moderator Andreas Scholz, the Managing Director of Maleki Communications Group, a long-standing TV business reporter and the editor of International Bankers Forum, interviewed AKA’s management on the bank’s future corporate strategy. Beate Bischoff and Marck Wengrzik answered questions on diversification, efforts to widen the bank’s European footprint and digitisation. In addition to strengthening its structured finance activities and expanding its joint activities with European export credit agencies to supplement its traditional Euler Hermes business, AKA is particularly focusing on digitisation. It has set aside an innovation budget for digitisation and, looking forward, will be monitoring relevant activities in the financial industry more closely to detect market trends at an early stage and to duly respond to them.

“Can a topic receive more hype than blockchain? Will it rock the financial world or “merely” lead to more efficient transaction systems which – cum grano salis – are operated by the established players? There is an enormous gap between the status quo and all the hype. The potential is just as plain to see as the still considerable hurdles,” says keynote speaker Dr. Dirk Siegel, a partner at Deloitte and head of Deloitte’s Blockchain Institute. In his presentation, he showed the guests the path taken by a blockchain transaction in eight steps. In doing so, he clearly explained the difference between the World Wide Web and blockchain technology, answering numerous questions asked by the guests as to how blockchain works and in what ways it can be used.

The presentation can be downloaded here.

After his presentation, Dr. Siegel showed an eight-minute film illustrating four potential future scenarios for a blockchain-driven world. All scenarios were closely linked to two key questions. Firstly, how strong is the trust in established systems with central instances? Can it be preserved or will it be lost? And secondly, how technically mature, stable and safe will blockchain be? Or will there be technological restrictions that we cannot overcome? Covering such aspects as “Blockcracy”, “the survival of the fittest” and “the one-eyed leading the blind” as well as “niche evolution”, the Deloitte film provided a perfect starting point for discussion of the day’s main topic: “Blockchain Unchained. The technology behind the digital Bitcoin currency – also relevant for tomorrow’s financial market?”

You can find a diagram here explaining in greater detail how blockchain technology works.

The discussion was spurred by the differing areas of expertise and the divergent opinions of the panel participants. As usual, Andreas Scholz moderated the discussion adeptly with the necessary touch of humour and with provocative yet invariably objective questions, triggering heated debate which was lively, animating, amusing and informative all at the same time. The panel comprised keynote speaker Dr. Dirk Siegel, Martin Würmli, the head of the municipal council of Zug, Switzerland, Dirk Schrade from Deutsche Bundesbank and Ulrich Leuchtmann, Head of FX+EM Research at Commerzbank AG.

"At its third Investors’ Meeting AKA again proved that it has a fine sense of what topics are of particular relevance and interest. Together with the other panel members, we went behind the scenes to take a closer look at blockchain and engaged in a lively debate on the pros and cons of a virtual currency based on it. It was informative, extremely inspiring and provided the right outlook."
Andreas Scholz, moderator

“The currency aspect plays a subordinate role with blockchain.”

“Silicon Valley was yesterday, now it’s Crypto Valley.” All participants agreed that blockchain technology is a clever idea. The lively discussion focused on whether bitcoins will potentially become established as a new currency looking further down the road given that the original idea for Bitcoins as a currency was to create an alternative monetary system. Although the future importance of money supply regulation was a disputed point, all the experts quickly agreed that bitcoin/blockchain was not the best solution in terms of a digital currency and that, in fact, the currency aspect of blockchain technology was receding further and further into the background. What is important is that blockchain can execute transactions of all different kinds far more efficiently. Blockchain permits “swifter” action in areas where historically long value chains have emerged. The greater use of technology in the public sector, e.g. for holding elections or managing social benefits or cultural funds, was also seen as a conceivable scenario for the future. On the other hand, the vision of a completely distributed financial service sector was considered to be rather unlikely as it was not possible to completely dispense with intermediaries. That said, financial services required methods that were swift, simple, safe and convenient in the future. This would not be possible without governance.

During the ensuing get-together, all the guests had an opportunity of discussing these issues in smaller groups, of establishing contacts and of talking with AKA’s management.  Staying within its role as a platform for dialogue, AKA provided a cross-bank forum for sharing ideas. 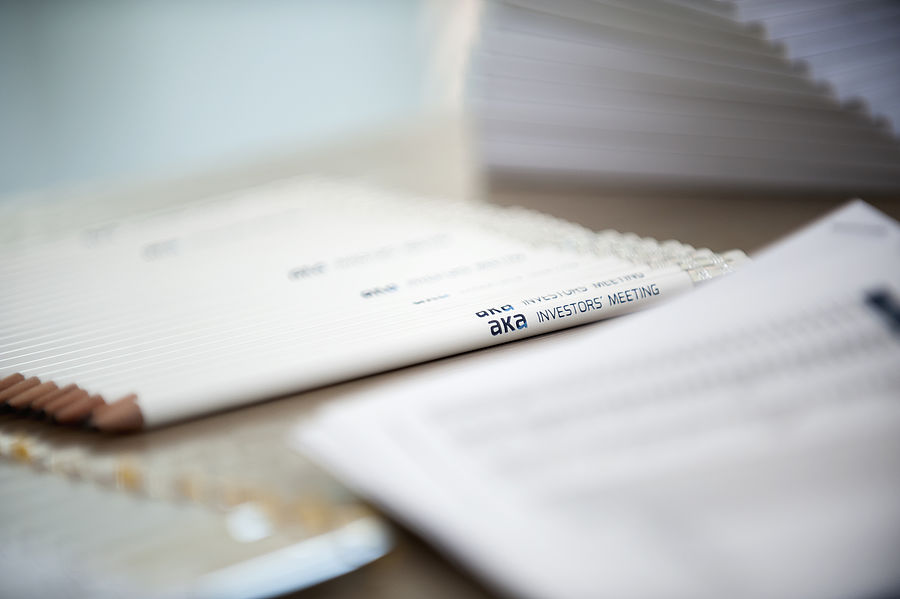 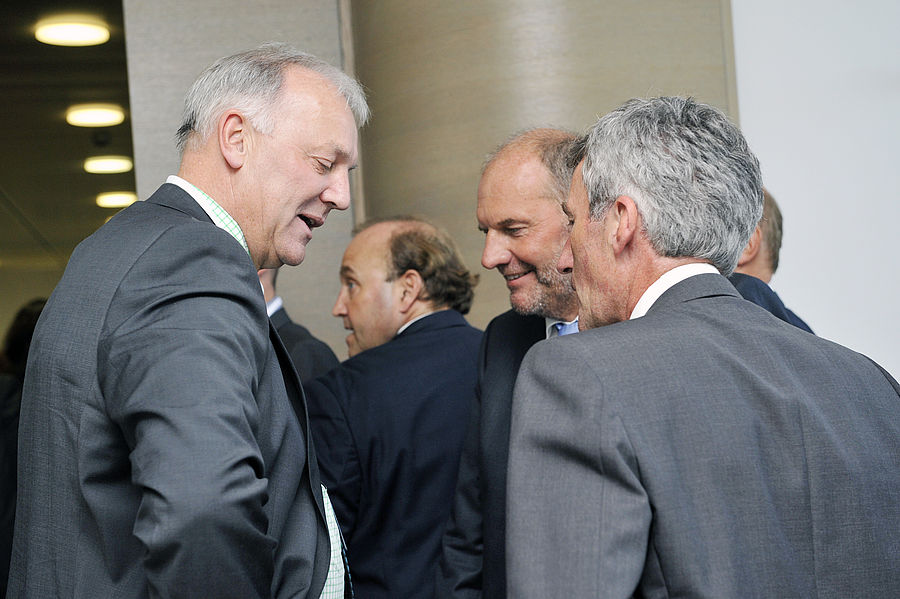 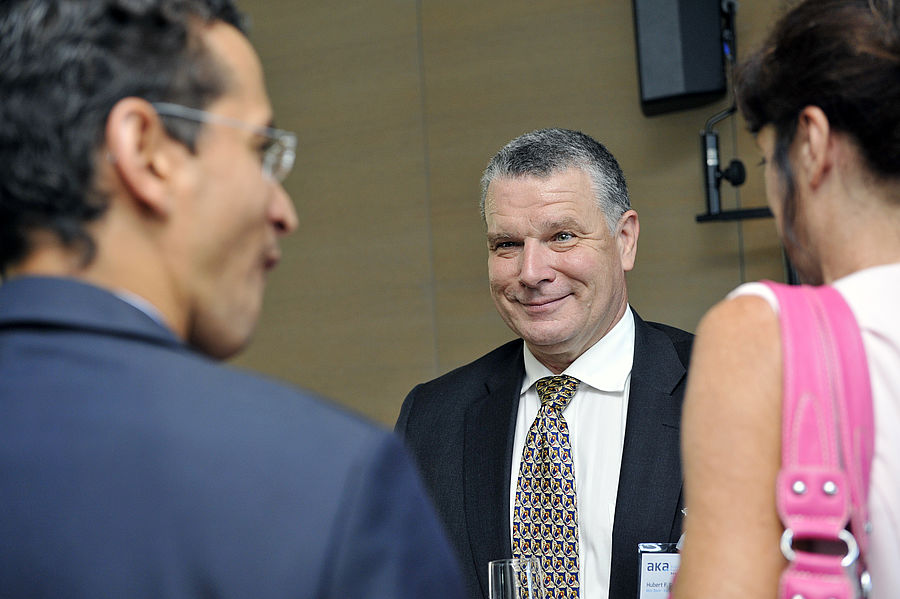 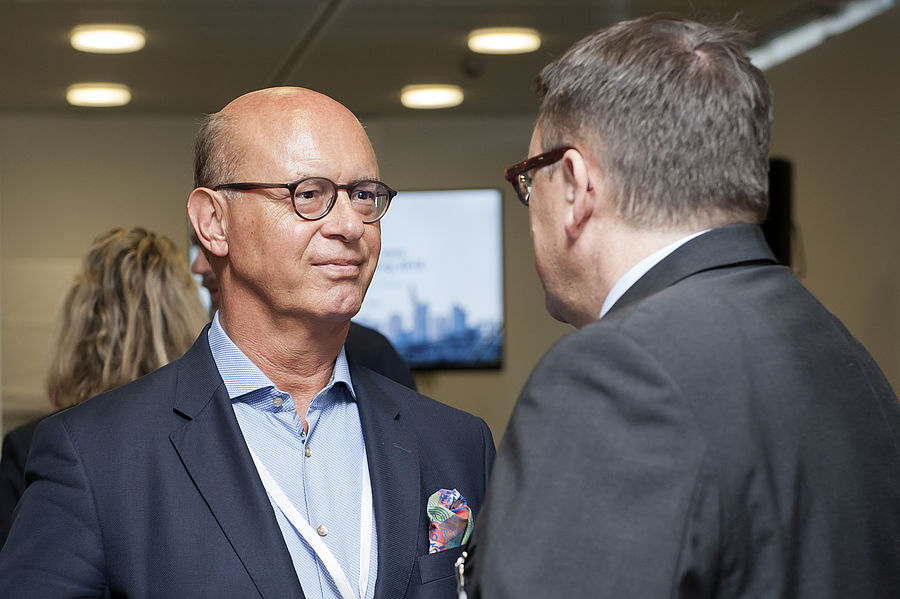 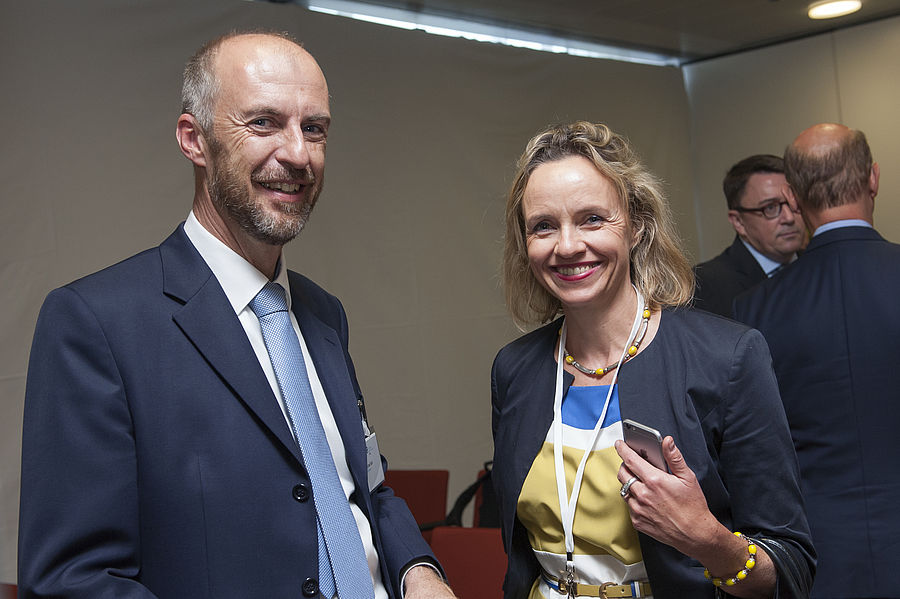 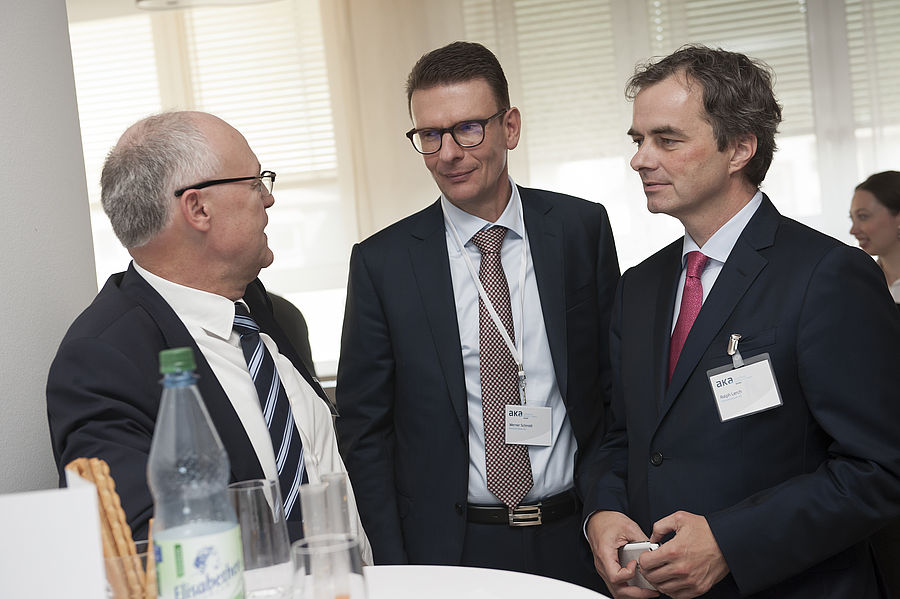 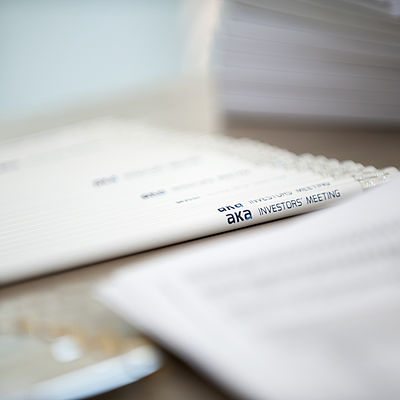 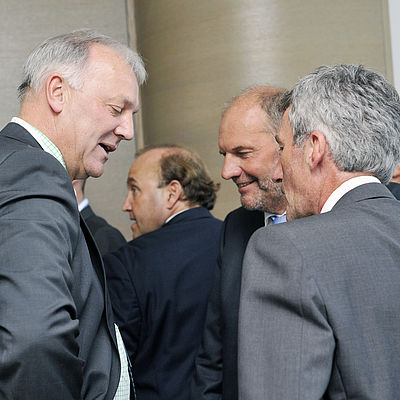 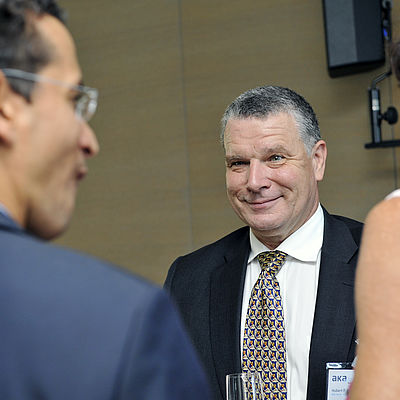 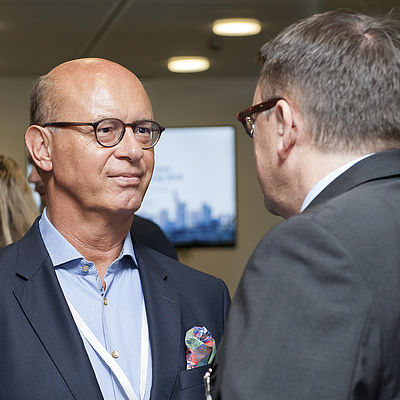 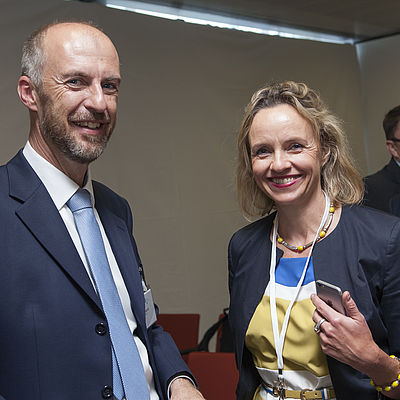 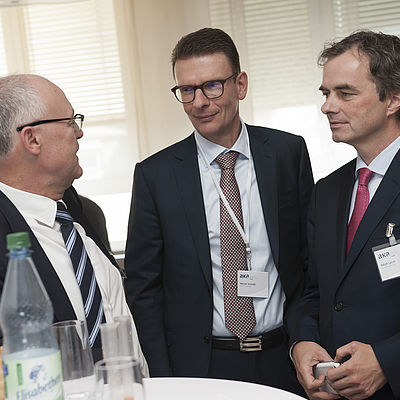